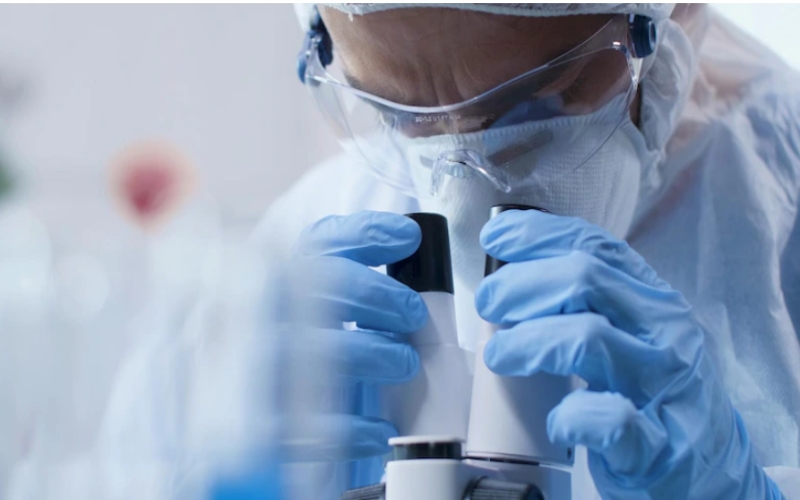 In 2022, many scientific achievements were made – from transplanting a pig’s heart to a person to the ability to redirect an asteroid from its course by colliding with a spacecraft. We will talk about the most interesting discoveries in this article.

On January 11, 2022, 57-year-old David Bennett became the first patient in the world to receive a heart transplant from a genetically modified pig. A patient suffering from a severe, life-threatening arrhythmia underwent a nine-hour experimental operation at the University of Maryland Medical Center in Baltimore (USA). Surgeons used the heart of a gene-edited pig to reduce the chance that the human immune system would reject the organ.

The operation was successful and Bennett’s condition improved significantly at first. Unfortunately, two months later he got worse and died in March. The cause was porcine cytomegalovirus. Despite this, doctors call the operation a turning point for the world of medicine.

On September 26, the Double Asteroid Redirection Test (DART) space probe deliberately crashed into the asteroid Dimorphos and knocked it off course. Dimorph, a satellite asteroid in the Didymos binary asteroid system, is about 11 million km from Earth.

It was the world’s first test of a kinetic shock mitigation technique using an object to deflect an asteroid that does not pose a threat to Earth and change its orbit. It is hoped that someday it can become a strategy for protecting our planet from future threats from space, if necessary.

In the summer, paleontologists discovered the remains of the oldest dinosaur ever found in Africa. The creature, dubbed Mbiresaurus raathi, was about two meters long, weighed between 10 and 30 kg, and roamed Zimbabwe 230 million years ago. Analysis of the fossils showed that it was a species of sauropodomorph, a relative of the sauropod that walked on four legs, had serrated teeth, a long neck and tail. The discovery of Mbiresaurus raathi fills a critical geographic gap in the fossil record of the oldest dinosaurs and demonstrates the power of hypothesis-based fieldwork to test predictions about the ancient past, scientists say.

Fossils of a baby mammoth that lived more than 30,000 years ago were discovered in June 2022 in the Yukon. The Yukon government has said it is the most complete mammoth mummy found in North America and only the second such find in the world.

Woolly mammoths roamed the Yukon as early as 5,000 years ago. The found baby mammoth was named “Nong cho ga”, which means “big cub” in the Han language. He was frozen in the permafrost, causing his remains to become mummified. The skin and tufts of wool have been preserved. Further analysis showed that this is a female and she lived next to wild horses, cave lions and giant steppe bison, which once, thousands of years ago, also roamed the Yukon.

The classic table tennis-themed video game Pong was innovative and hugely popular in 1972. And now, 50 years later, another brain has mastered this game. It is noteworthy that these were human brain cells grown in the laboratory. And they were able to move the racket vertically across the screen to hit the ball. Researchers at Melbourne-based startup Cortical Labs have shown for the first time that 800,000 brain cells can perform purposeful tasks—in this case, playing Pong. The findings suggest that even brain cells in a petri dish can exhibit innate intelligence, changing their behavior over time. It is quite possible that in the future such cells will be able to play online entertainment, for example, in roulette online casino.

Recently, the problem of plastic waste and its impact on the environment has become more and more acute. In particular, scientists are studying microplastics – tiny pieces of plastic less than 5 mm in diameter – and where they are found, including as far away as Antarctica. It is alarming that microplastics were also discovered right inside us for the first time. It was found in human blood. Researchers in the Netherlands took blood samples from 22 anonymous healthy adult donors and analyzed them for particles as small as 0.0005 mm. 17 out of 22 volunteers (77.2%) had microplastics in their blood. Microplastics were also first detected in the lungs of living people this year, proving that we breathe in these particles from the air.

In July, the world saw unprecedented images taken by NASA’s James Webb Space Observatory. Among them was an image showing young stars in the Carina Nebula, where ultraviolet radiation and stellar winds form colossal walls of dust and gas. Also in the summer, Webb finally sent back its first images of the early universe. Astronomy aficionados were treated to breathtakingly clear images of the “stellar nursery,” a dying star shrouded in dust, and the “cosmic dance” between a group of galaxies.

The Webb images have been hailed as “the dawn of a new era in astronomy.” The telescope’s infrared capabilities mean it can “see into the past” to within 100 to 200 million years after the Big Bang, allowing it to take pictures of the very first stars that shone in the universe more than 13.5 billion years ago.

Discover the Power of CBD-Infused Drinks and How They Can Help with Anxiety, Aches